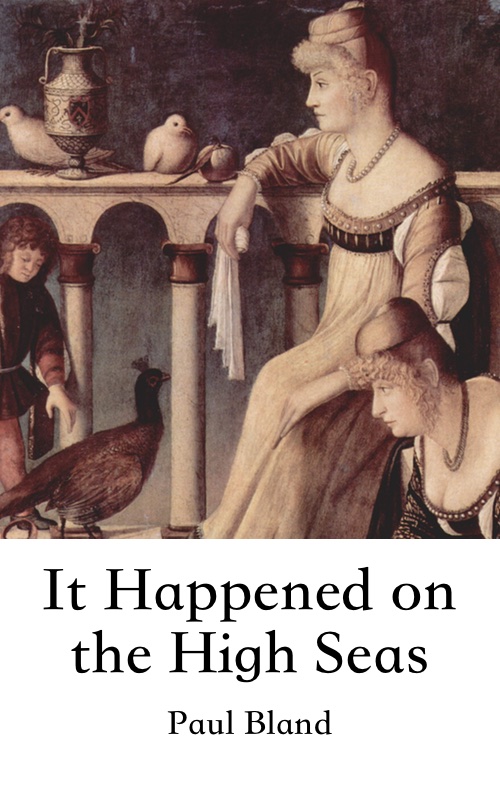 It Happened on the High Seas

This is a different kind of story from the recent novels that have explored the Sherlock Holmes/Agatha Christie AUs; in fact, it’s a return to earlier stories where the girls are simply teenagers in a lively present setting in real time. I wrote the story in June 2016 before a long anticipated family holiday. With our elder son, Gordon, and his family in Dubai and our younger son, Lachlan in Seattle, we don’t see the boys often. It is very rare that we are all together. The way we worked it was to gather the whole family together on the ms Eurodam for a twelve day cruise around the Eastern Mediterranean. This story was to be something to share on the journey. So there we are – all of us on the Eurodam – and as the story indicates, we begin the adventure in Venice.

Except that world events intervened to change the itinerary, disconnecting the story from the reality of the journey. The terrorist shootings at Istanbul Airport in early June made that area inhospitable for most tourists. Then in late June, the attempted military coup in Turkey made the whole country fragile. The ship hastily cobbled together a different itinerary, taking in Sarande in Albania and the Greek islands of Mykonos, Rhodes and Crete. These were interesting destinations but we certainly felt the loss of Istanbul – one of the great cities of the world. The story has us in Istanbul even if we didn’t go there.

I’m happy with the way the story moves along and the girls loved it when I read it aloud to them.  There are problems, however. As is often the case in my stories, coincidence plays too big a part in the way the narrative unfolds. The general reader may also find too many in-jokes that really only make sense in the family circle. The names have been fun to conjure with, however, and I love the way that the splendid crew of the Eurodam are genuinely heroic. It was also fun to have the girls decide on how to meet a crisis by reflecting on the girls in Grandad’s stories: “How would the Emily of those stores react now?” The answer to that question provides a reliable guide. It also produces some of the best jokes in the story. It’s a truly post-modern touch.

I wasn’t too sure about casting gay characters as villains and talked with the girls themselves about this once the story was finished. They weren’t too worried. The villains certainly aren’t villainous because of their sexuality – they’re villainous because of their greed. I’ll leave it to you to make the call and be appropriately indignant if I have crossed a line.