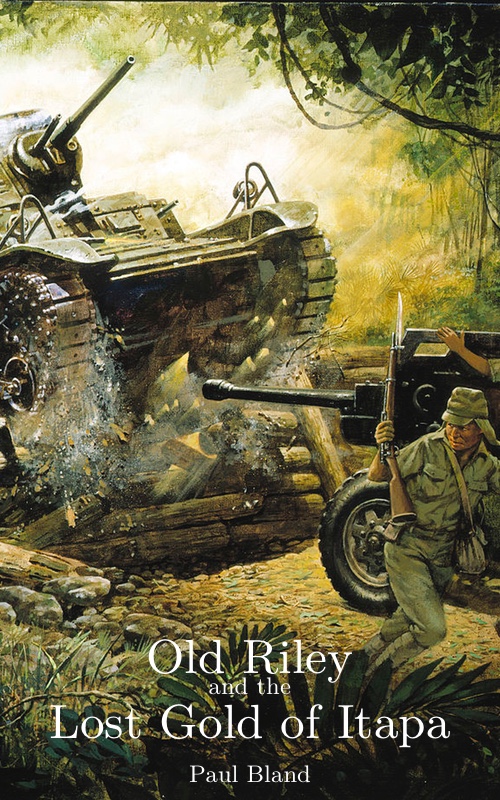 Old Riley and the Lost Gold of Itapa

This story is inspired by many things. The bravery of the Coast Watchers who remained behind the lines to report on Japanese naval movements in Papua New Guinea is legendary. Less well known is the courage of the New Guinea Martyrs – the Anglican missionaries, nursing sisters and catechists who remained at their posts when all other Australian expatriates were evacuated ahead of the Japanese invasion. These wonderfully faithful people [here represented by Fr Richard at Itapa Mission] were murdered by the Japanese in the first weeks of the invasion. Yes, the banks of Singapore and Malaya were looted by the Japanese and the gold has never been recovered. One suggestion is that the fortune went to the bottom of the China Sea when the submarine carrying it was hit by an American bomb. The idea that it remained at Itapa is just as logical.

I love the characters of Tiny, Tracey Scribble and Solomon himself. The worship in the church at St Peter’s is inspired by the lovely singing of the 7 am congregation at St John’s in Cairns.

Once again, the theme of redemption is strong in this story. The Japanese thugs make a full recovery of their moral sensibilities, even if the wicked Colonel Tanaka is beyond the reach of mercy.