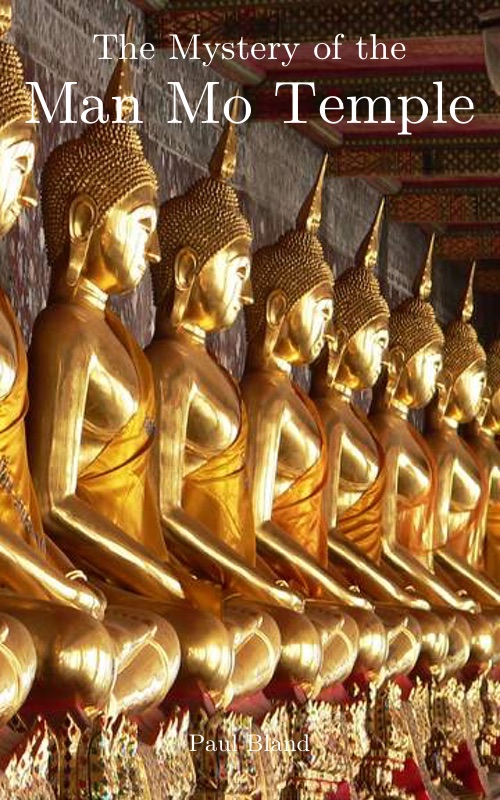 The Mystery of the Man Mo Temple

Who knows what evil lurks in the heart of man?

Katie and Emily solve the mighty mystery of the Man Mo Temple and save a poor boy in Hong Kong, China.

This was the first of five stories written for the girls with a Victorian or Edwardian setting. In the later stories, the girls are grown up and living in London. This story set in colonial Hong Kong begins that trope; here, the girls are ten and eight years old – the age of the girls when I wrote the story for them.

The original inspiration for the story is the true story of a lost gold Buddha statue found in Thailand in recent times.  It is believed that the gold statue was covered with mud to protect it from pillage by an invading Burmese army. The monks who had hidden the statue never returned to retrieve it and the ugly thing remained unnoticed for centuries. The precious metal beneath the mud wasn’t detected until workmen who came to move the statue were astonished at how much the mud figure weighed. The story of the bandit who poisons the wine before he himself is murdered is an old one; I have borrowed it from Chaucer.

I love the children in this story – particularly the courageous Jinhai and little Minsheng.  One of the themes running through all my stories is that of redemption. Slave children figure in several of the stories and their rescue is a kind of continuing motif. Another trope is that of the journey of enlightenment that I have borrowed from Wu Cheng’en.

It’s always a little dangerous writing about cultures other than the one which one knows at first hand. There is some word use here that sensitive readers might quarrel with.  I have used the word “Chinaman”, for example, even though I know the racist associations that surround this word. The Sikh watchmen and Chinese monks are also caricatures and there for their comic value.  The fact that the Doctor treats the Sikhs [and everyone for that matter] with great courtesy should make it clear enough that this is “local colour” in a colonial setting and not modern, politically correct writing.

I am more concerned that I may not have done justice to the Buddhist sensibility of the opening chapters.  The Abbot is such a good man that he – and the Doctor, of course- are the reliable moral compasses of the story.